Enjoy.  Hopefully it will stimulate others to share their stories!

The original video was posted by Richard Zorza.

Collington residents have many stories to tell of how military service impacted their or family histories.

John Geron is encouraging folks to share their stories. Read the initial submissions – a young girl lies about her age to join the British Women’s Auxiliary Army Corps; A WWII vet goes on to a career as a journalist and later and academic; military careers are forged through hard work and opportunities.  Consider submitting your own history to John to expand the collection.

The collected stories, Military Histories submitted by Collington Residents, are listed on the Resident Directories page.

Also note that at the bottom of the Collingtonian page there are special issues from 2000-2002: We Were There: Collingtonians and WWII.

The announcement of the film “Marshall“, to be shown in the Collington auditorium on Monday, reminded me of the one time I was lucky enough to even be in the same room with him

When I was in law school, our teacher Tony Lewis, arranged for us to hear a Supreme Court argument, and then to meet with the Justice.

Before we met Marshall, we were reminded that we should never, ever, ever, mention the pending case, or the argument, with him. So Marshall, inevitably, with his impishness and lack of respect for decorum, walked into the room and asked, “So that was a pretty bad argument, was not it?”  (He was right, of course.)

The most important think I remember, however, is that he talked with some deeply felt irritation at the superficiality of the press, recounting specifically when a journalist asked to see him when he was Solicitor General, and how so he prepared with every possible question — and the jornalist came in with “Could you speak at my son’s graduation.”  As we were leaving, I said something to Tony Lewis about how Marshall could see the press clearly and yet still be such a powerful advocate for the First Amendment.  I will remember Tony Lewis’ simple reply all my life.  “That is greatness.”

Marshall told some hysterical anecdotes, such as the time he espied his wife in the gallery watching an abortion case, and had a US marshal deliver a note that said something like:  “Why are you worrying about abortion?” and her sending back the reply “May I remind you that it takes two to tango.”

A great man who never forgot his humanity — and ours.

The law case cited in Anne Arundel County (our neighboring county to Prince George’s) was won by Marshall in 1939.  The man bringing the suit for equal pay for Black teachers was the father of a close friend who is also the pianist in our church.  Her mom and dad were both school principals when we moved to Annapolis in 1968 and we got  to know Valerie in 1972 if memory serves me. This victory was the first in the USA to gain equal pay across race lines and 14 other states quickly followed suit. An elementary school where Mr. Mills was principal is named for him.  Thurgood Marshall made a big impression in Annapolis and is memorialized by a magnificent statue in the most prominent location in town with adoring children across from him also as statues looking with love at his statue. It is located near the place where he often argued cases.

Every time I see Valerie which is weekly I recall her father, his bravery in bring suit and Marshall for the courageous stands this young lawyer took right before the year I was born.  Nancy Lively

Collington women have shown us the way of the world just by sharing their hats.  From an Admiral’s hat to traditional nurses caps to hard hats to church hats to pussy hats, this year’s Women’s History Clocktower Exhibit displayed our unique places in the world.   Colorful and diverse and observed and commented by residents and visitors alike the exhibit was changed out some, mid-month to accommodate all hats donated.  Fun and fascinating and successful!  Whatever shall we do next year???

Hope you enjoy the pictures. 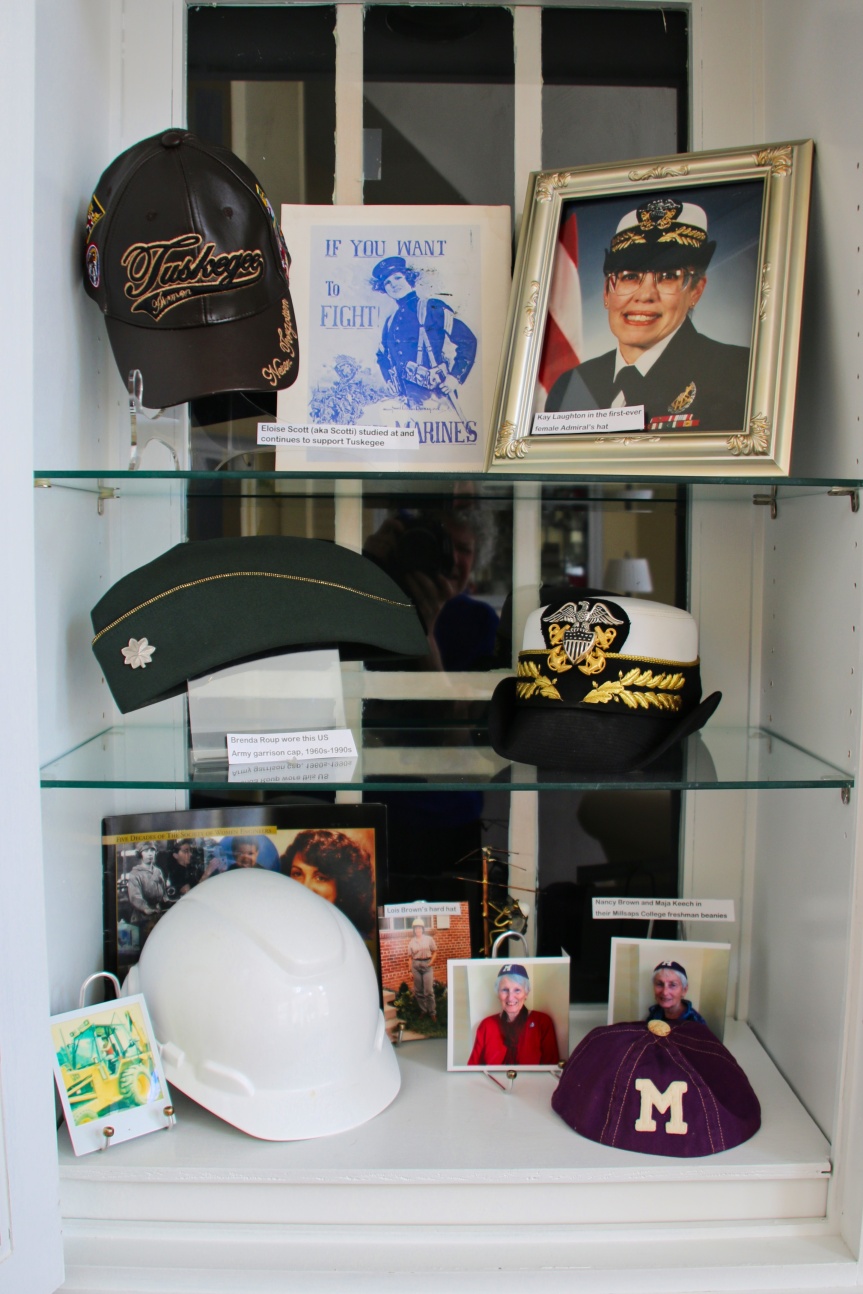 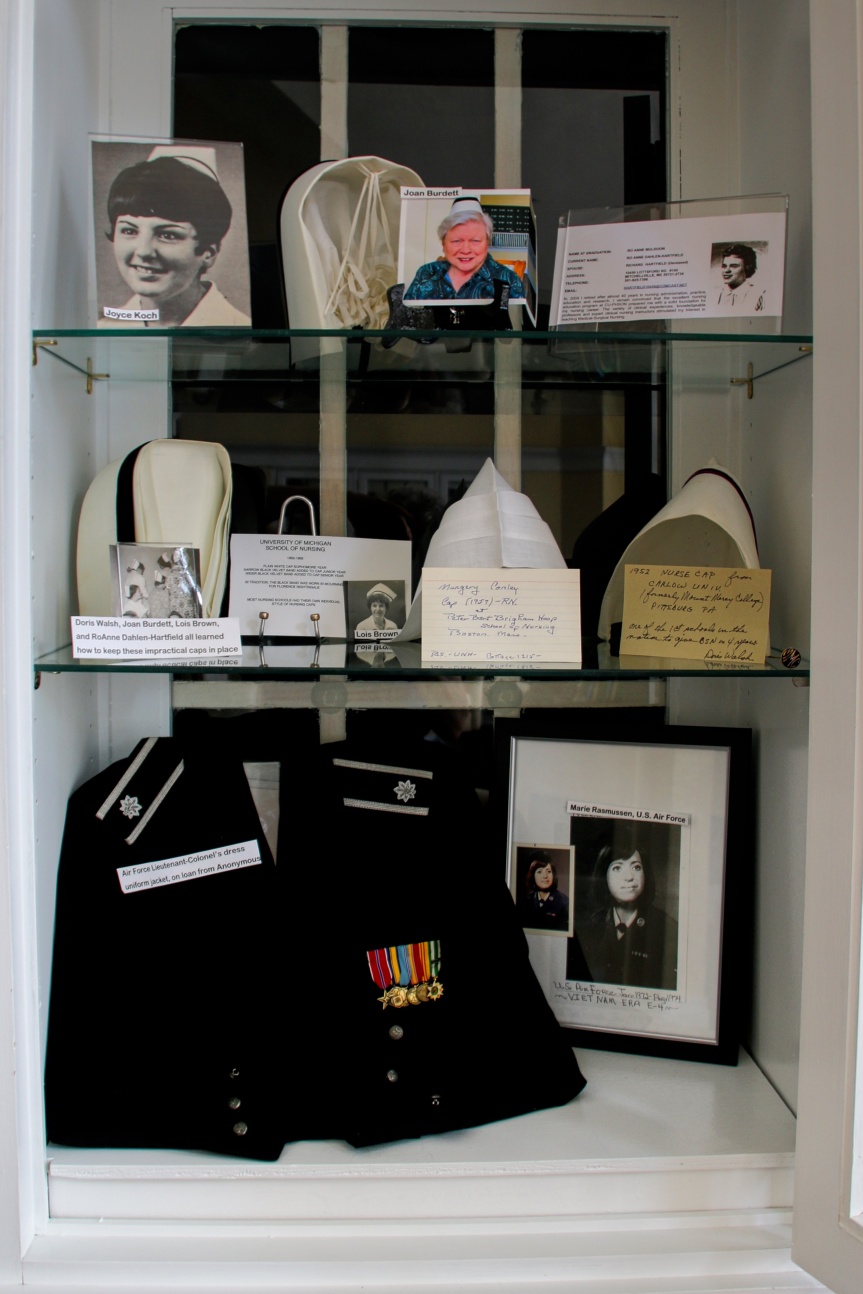 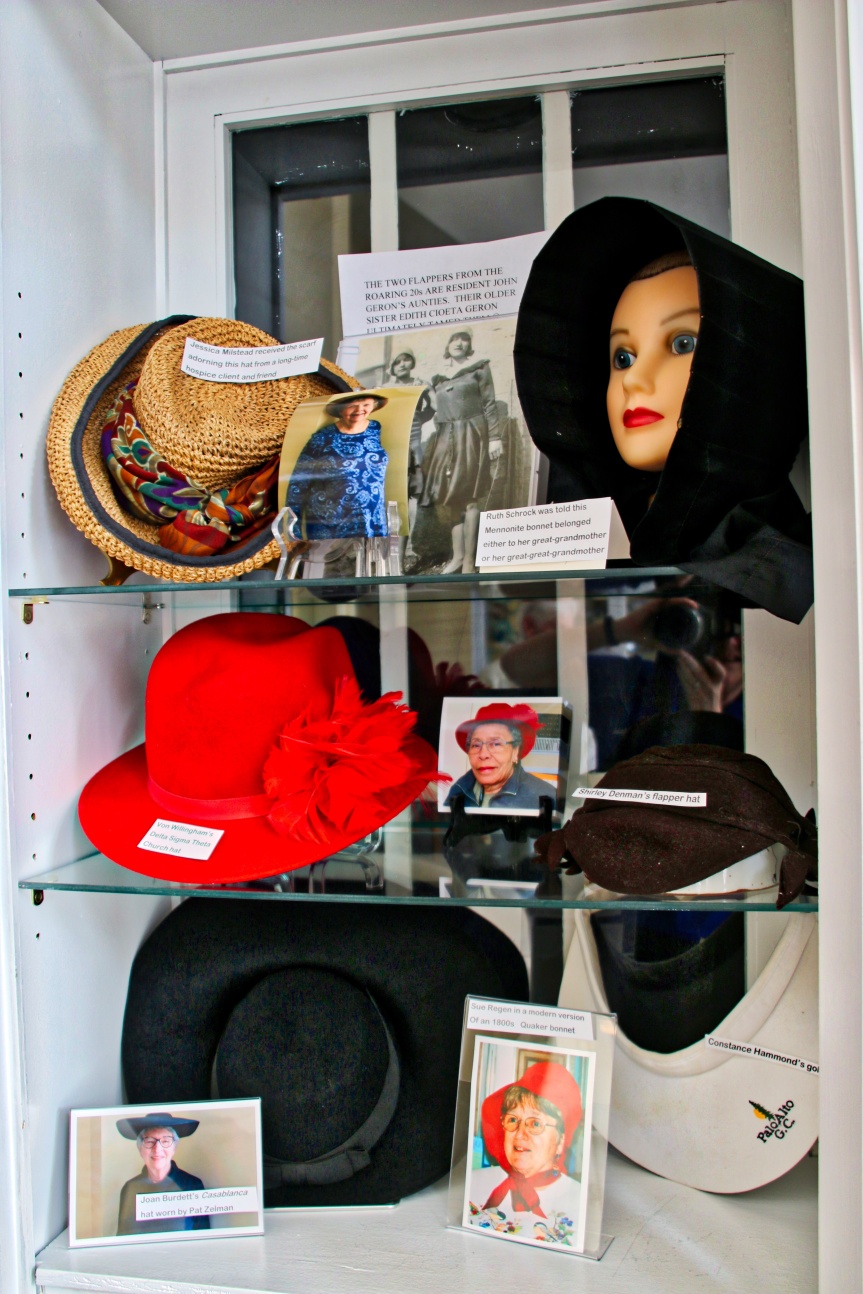 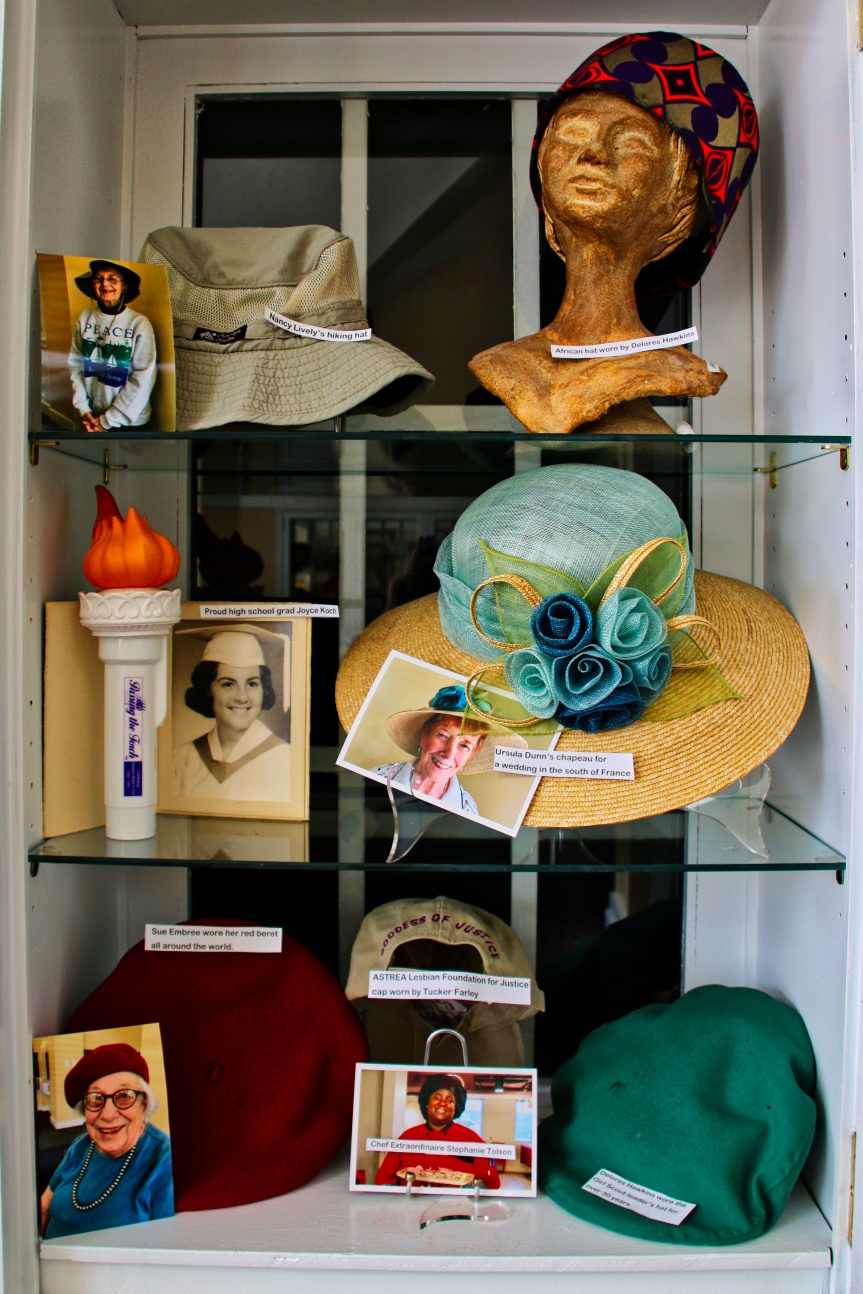 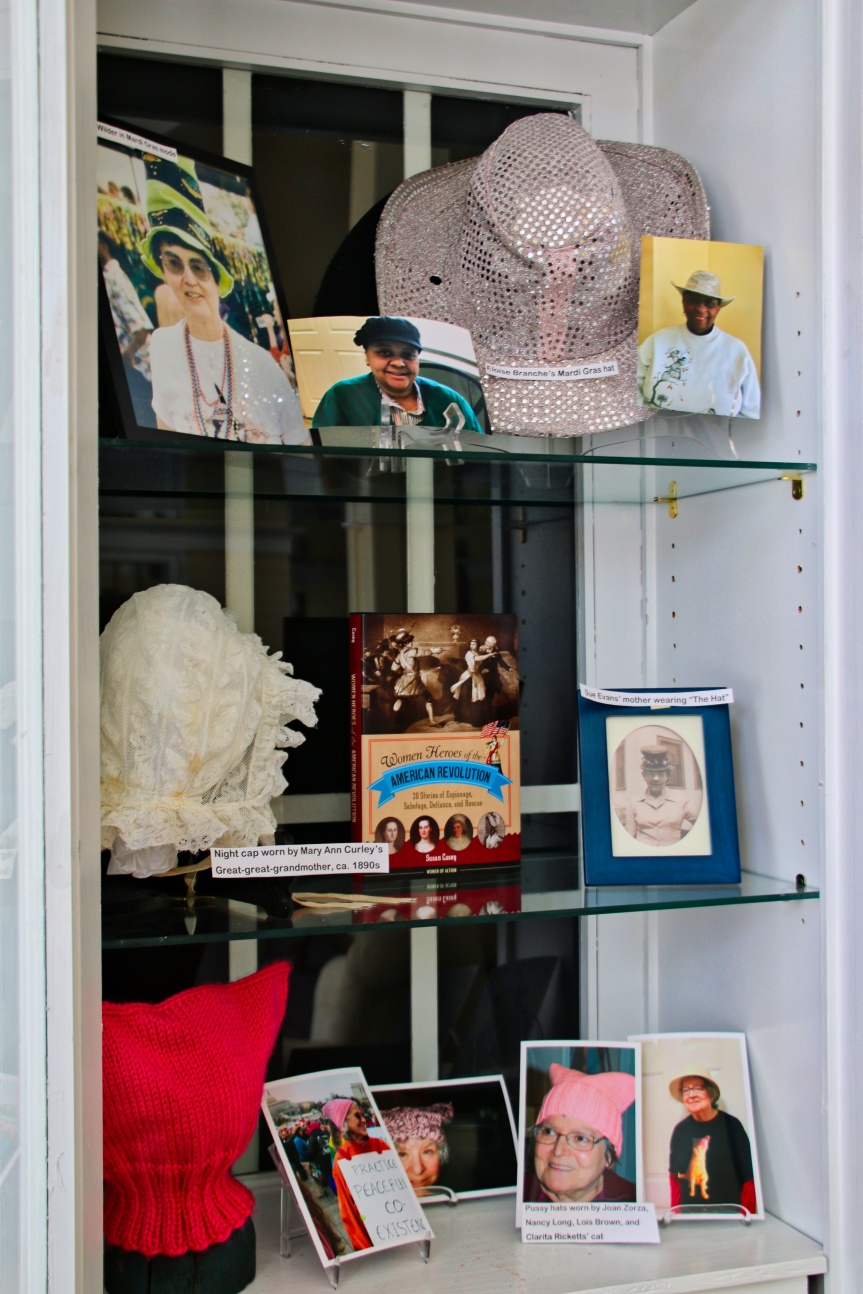 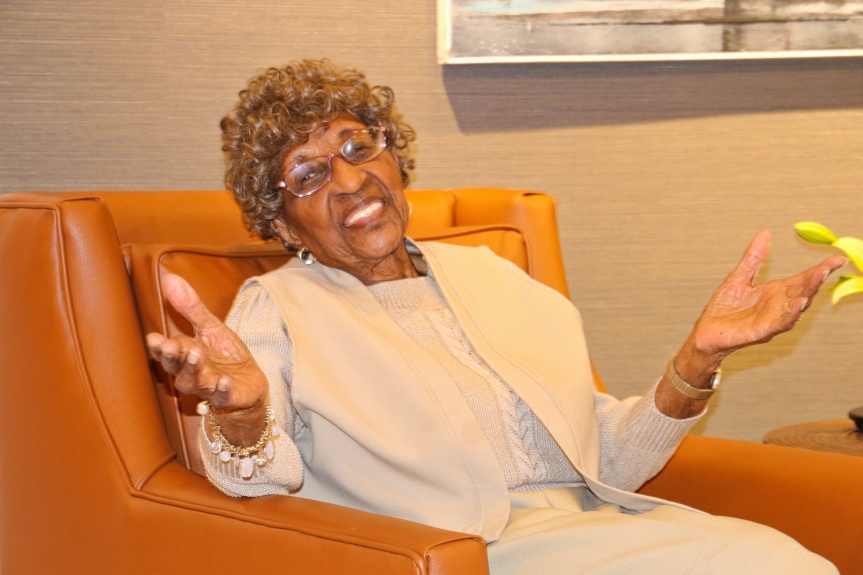 photo and video by Lois Brown
The original video was posted by Richard Zorza.