Last week, as the second of the three planned Educational Programs designed to launch our community-wide strategic planning process, Kendal President and CEO Sean Kelly talked abut Kendal’s approach to strategic planning, and how the overall group hopes to benefit from and support the various individual community planning processes.  It underlined again the incalculable value that we at Collington have received from the Kendal affiliation.

First, he outlined the five themes of Kendal’s plan:

This is a simple necessity for our values to be effective and for our culture and reputation to spread.  Kendal is adding the staff needed to achieve these operational goals that represent our values.  Examples are a new common payroll system, ensuring consistency of budget management software, and making sure that all Kendals share and use appropriate best practices.

It is imperative that Kendals serve different populations have new programs and find different ways of delivering services.  We will be focusing on Innovation from Inside, but we will not be blind to new possibilities.  Rather we will have broad peripheral vision, looking out for ideas that have fundamental connection to our values.  We will not expand for the sake of scale. (although Sean did, tantalizingly, hint at the existence of, but not the details of, an “interesting” west coast possibility.)

Sean descried Vitalize 360, which we are implimenting. as an initiative that went beyond health care to help people set self-determined engagement goals in all aspects of their lives, including but not limed to health care.  In a brief discussion afterwards, one resident suggested that the idea should be re-branded “Vitalize 360-3D” to emphasize its multi-dimensional approach.  Not just getting your blood pressure down, but finishing that article, or being more able to spent time with kids, or fining end of life peace, being an activist about changing health care.

Kendal At Home is also moving forward and fits in with many new approaches, including technology and remote services.

Its getting harder and harder to recruit and keep the right people.  We have to provide the training, pathways, opportunities to innovate, curriculum to attract those who have not yet even thought about a career in CCRCs.  (It has occurred to some that involving some not management staff in the strategic planning process might turn them on to the possibilities of spending their lives in this feel.  I am sure that every resident can think of such people whose level of caring and skill rises far above the ordinary.)

Sean agrees that we are not yet enough on the cutting edge.  He urged that we need to exploit the communication possibilities of Kendal wide workgroups, resources, problems solving, etc., for residents as well as staff.   International connections, tele-health, wearables, and electronic and resident-empowering medical records are all examples of such value-driven technology.

Sean promised that the slogan “Stronger Together” really was being used as a phrase at Kendal before it was used in this year’s campaign.

He also reflected that the Kendal-wide integrating process for ideas, innovations, and services just could not have been done before.  Now we are in a position to leverage all our capacities and get together and leverage scale.

In the follow-up discussion these were some of the ideas that emerged:

One vision for the future would be more flexible and mixed structures with some home units, some nursing suites, and assisted living in each neighborhood and with many program spaces which would connect and serve people at all levels (as we hope with the new Bistro). This would maximize self-determination and pre-planning in transitions.

The final question was about the relative authority of Kendal and each community.  Sena’s answer was very important.  On the one hand, there is huge flexibility on practical matters like menu.  But, on matters of fundamental values, Kendal will stand firm.  Sean gave as an example the unacceptability as a general matter of the use of restraints for those suffering dementia.  Kendal’s respect for humanness values would be inconsistent with such an approach.

To conclude:  The whole session was again very exciting and strengthened the sense of possibility for this process.  Moreover the emphasis on the insistence on adherence to our fundamental values is very reassuring for the future, as we work to resolve the differences of perspective that inevitably occur — and should occur —  in a health and improving community. 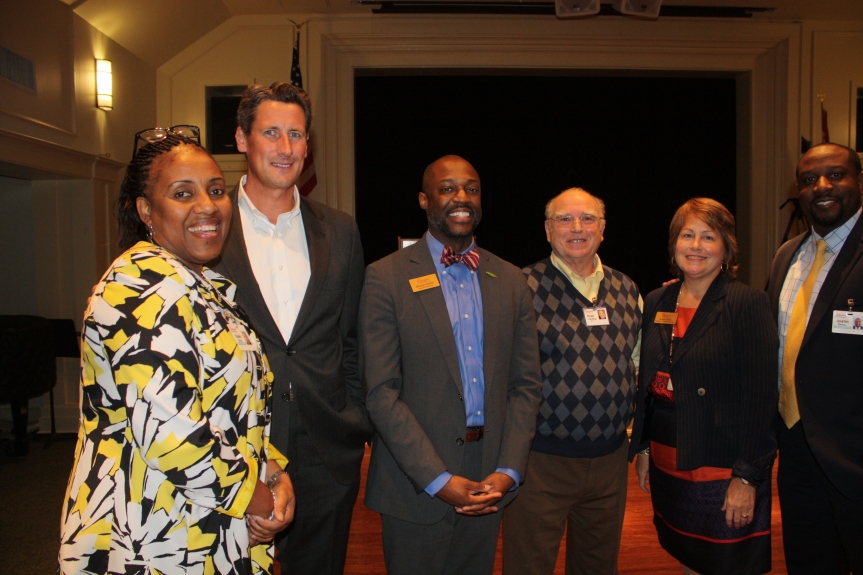 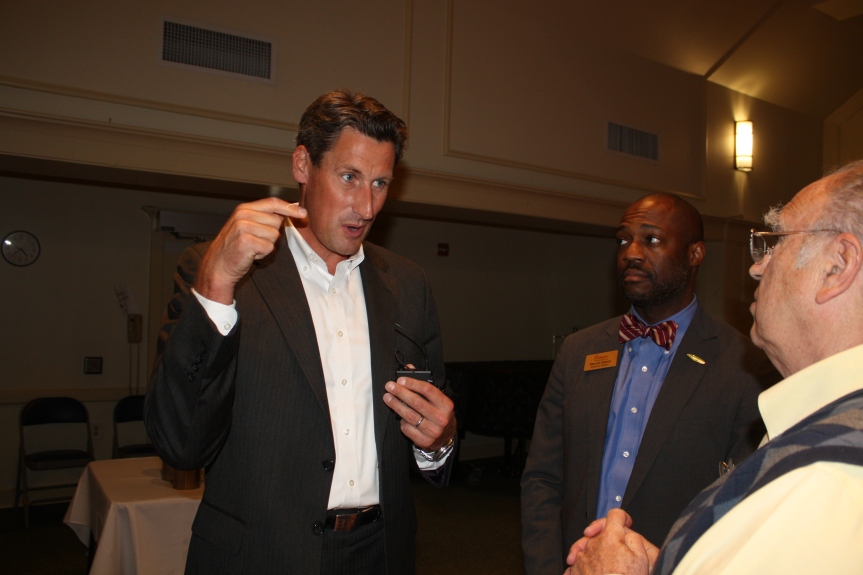 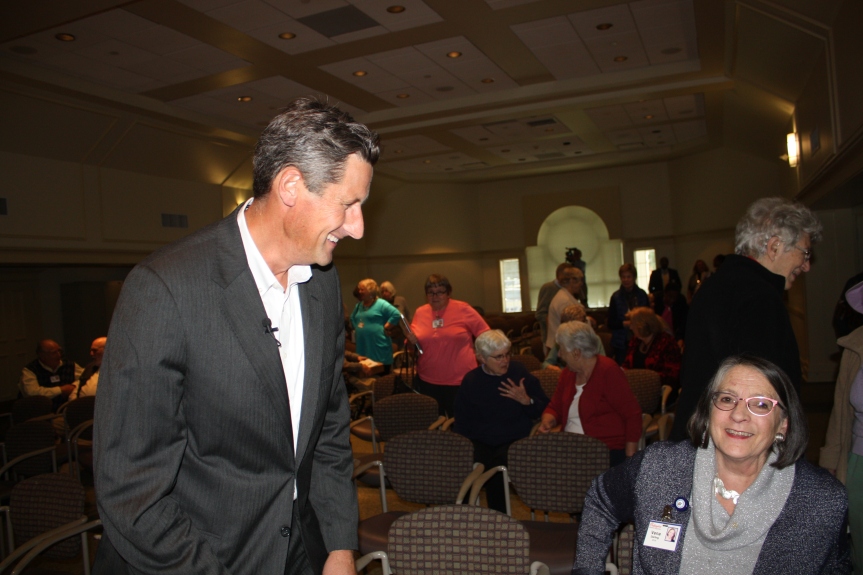